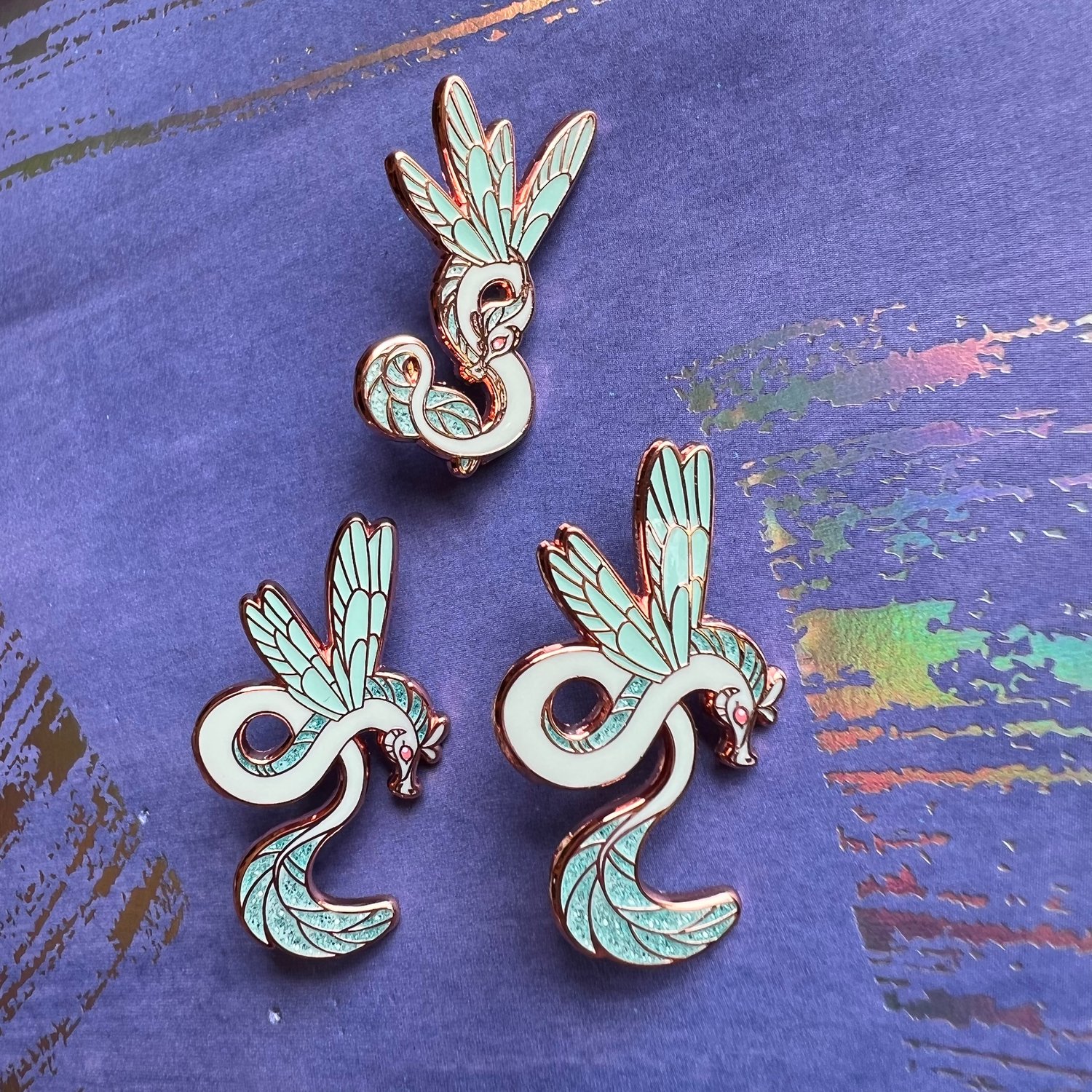 “A {WrakSpert} . . . They’re invisible. They float in through your ears and make your brain go fuzzy,” she said. “I thought I felt one zooming around in here.”
____

The three little WrakSpertz are around 1-2 inches each and have Glow in the Dark, Pearl and glitter Effects, and are plated in rose gold
____